Here’s a virtual hug to your favorite news person. This is no fake news. It’s National Hug A Newsperson Day. As long as there are no restraining orders on you today let’s give a collective thanks to the news folks.  #HugANewsperson 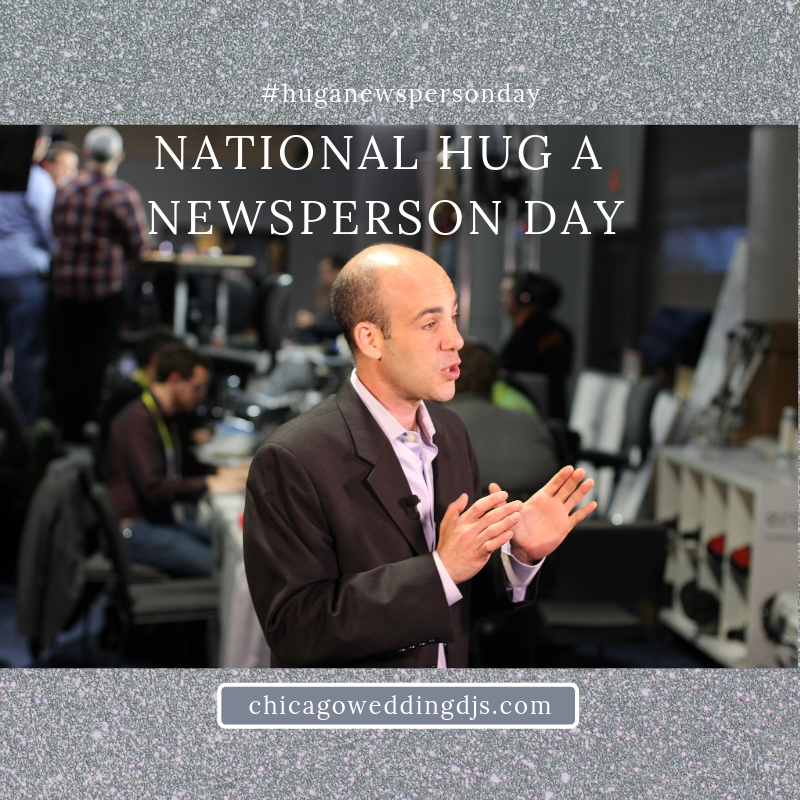 First of all, I have a feeling there will be a lot of hugging among newsroom personnel today. And why not? It will make for some uncommon looks through the viewing windows if their studios are open viewing.

Second, you might have your favorite crush you’d like to hug today. Shout out and tag them to let them know you care. Say thanks.

Furthermore, I don’t know exactly how National Hug a News Person Day started. Or why. But does it really matter?

Most importantly, you might set out to hug, and be hugged, by news people in your vicinity. You might even have to interrupt that man on the street segment to do it.

You could reach out and hug a police officer, a mayoral candidate or alderperson. If you’re in the business you might even hug your competition.

You’d be surprised who would and would not give a hug.

Of course some people might not want to get hugged. Make sure you have permission of some sort before you swoop in.

In fact it could backfire.

The hashtag on Twitter last year didn’t bring as much love to the media. Is it because many think they’re unworthy of said affection?

In conclusion, you can defend the press, which has been called out by our current administration. Or you can put your differences aside and hug away.

Is there an open house at a broadcast newsroom near you? Will they open up a receiving line?

How are you celebrating National Hug A Newsperson Day?