Has anyone ever said you look like someone? Or someone looks like you? April 20th you can Celebrate National Look Alike Day. All you have to do when you honor this day is dress up like your favorite look alike. 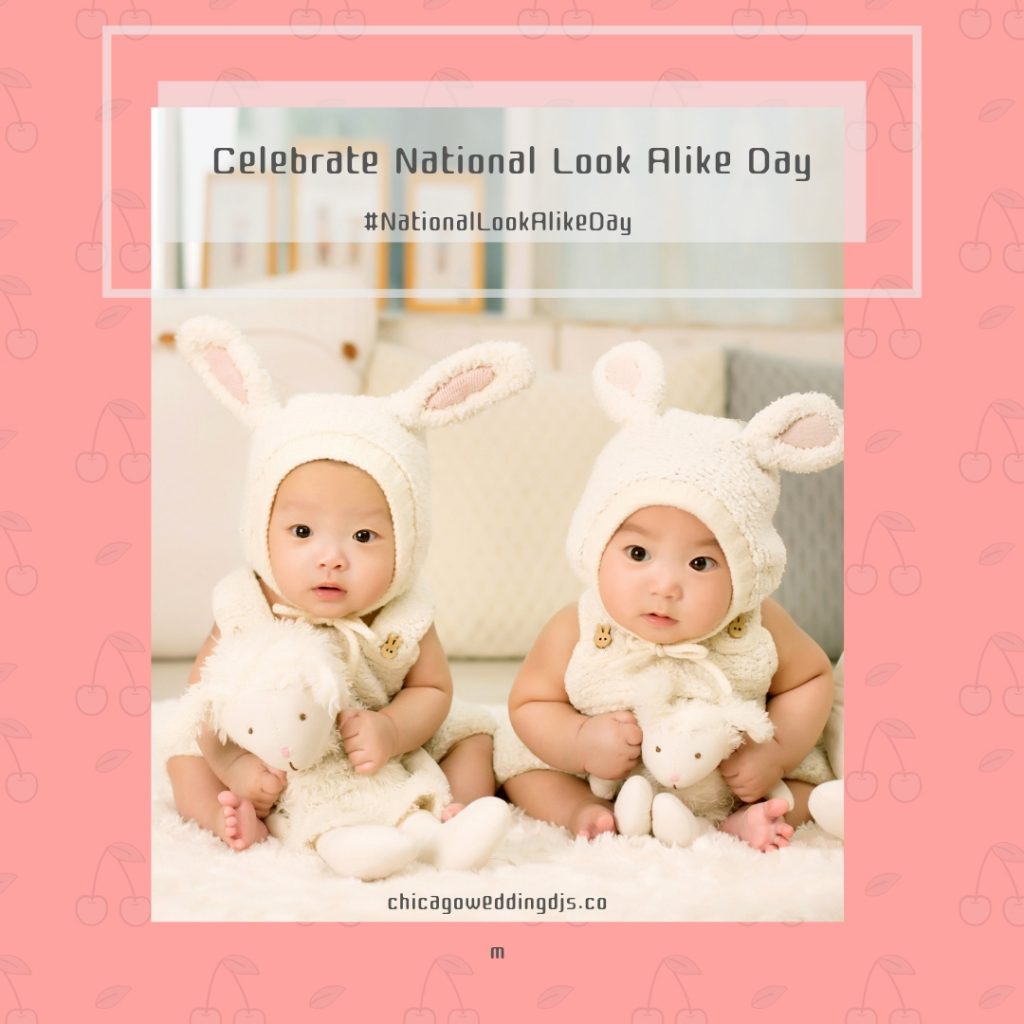 National Look Alike Day takes place every year on April 20th.  It can be if you look like someone, or people say someone looks like you.  Such as when you hear “Don’t you remind me of someone,” or “You really look just like (this person).”  So if someone says you look like Lady Gaga it might be time to really live the part.

You could dress like a co-worker. Or in the ultimate complement: your boss. Or pick a celebrity and dress up like them. This means you might have to do some preparation. Will you slick your hair like Elvis? Wear a wig like Cher? Can you talk like the person you are looking like? Casual Friday will never be the same. Have fun and when you post pictures on social media make sure you tag: #NationalLookALikeDay.

How Did It All Begin?

This crazy day (National Look Alike Day) was created by a feature television reporter, Jack Etzel. He created it when it happened in the 1980s.  While he was in downtown Pittsburgh. He was with photographer Rick Minutello. They were desperately looking for a light feature for the news.  Rick saw this guy coming towards them and he said, “This guy coming toward us looks like Humphrey Bogart.”  And he did, cigarette and all.  Since Jack was looking for a light feature for the news Jack said, “Let’s talk to him.  I’ll ask him who people think he looks like.”

This lead to them spending a number of hours asking others the same question.  The next day Jack Etzel got in touch with the Chase Calendar of Events people and proclaimed Look Alike Day so that they could depend on that same funny story for the next ten years.