December 7th / By peter in

Seen by WGN-TV reporter Shannon Halligan as she flew by in SkyCam9. A Valentine Marriage Proposal In Snow tracked down the happy couple. 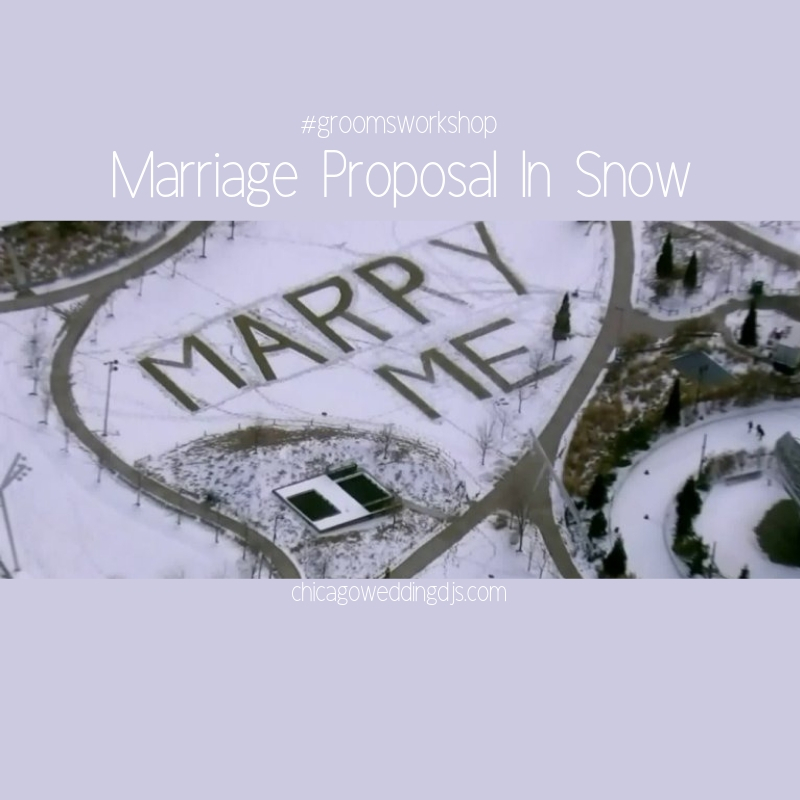 Gentlemen, it’s guys like this, in upping the game, who really challenge us to bring it.

If you were a downtown worker or resident in skyscrapers overlooking Maggie Daley park (or flying in a helicopter) you couldn’t miss it.

“Marry Me” it said. Spoiler alert: She said yes.

The asker?: Bob Lempa. And he had a grand idea for the proposal.

His girlfriend Peggy Baker was one of those people working in the Blue Cross Blue Shield building looking down on the park. Would she see the message?

So how do you plan a thing like this?

OK let’s say you want to make this kind of public expression. What do you have to do?

Here’s some ideas to get your plan in action:

Or this Firefighter Proposal

However you do it, it only matters that you do it with heart. Focus on the moment. Plan what you’re going to say. Make sure you have a photographer nearby (or a helicopter) to candidly take pictures.

This will be one of those many moments that will be forever etched in your minds.

If you happen to do it in public, in a big way, you’re sharing the gift of your love with the world.

And we could always use more of that!

Contact Us, Check Your Date, and get the best possible celebration experience for your wedding.

The Story Behind The Marriage Proposal In The Snow